25 Jan 2017
Which languages can further your career?

There are many good reasons to learn a new language. These can usually be grouped into two categories: for business or pleasure. Here I will focus on business reasons or those that can further your career.

Wikipedia informs us that the five most commonly spoken languages in the EU are English (51%), German (32%), French (26%), Italian (16%) and Spanish (15%). At 18% of the total number of mother-tongue speakers, German is the most widely spoken native language, followed by Italian, English, French and Spanish.

What do these five languages have to offer to the ambitious professional?

It is without question the lingua franca of international business communications. The development of an excellent command of English is not only an important investment in the somewhat distant future, but a necessary requirement to adjust to the demands of the present business environment.

Since Germany has become the economic power house in the EU, German has acquired a renewed importance in international commerce, particularly in Central Europe.

In addition to France, some Swiss, Belgians and most Luxembourgers use it as a first language. It can have an added importance in business when dealing with the former French colonies of Africa.

Italy’s closeness to Austria has often been one of the reasons to learn the language. A considerable number of Italian words have been adopted by other languages in the fields of music and finance. Still, I don´t see any strong business reasons today to learn this, otherwise, beautiful language.

Spanish is regarded a global language because, besides in Spain, it is also spoken in Latin America and several parts of the USA. 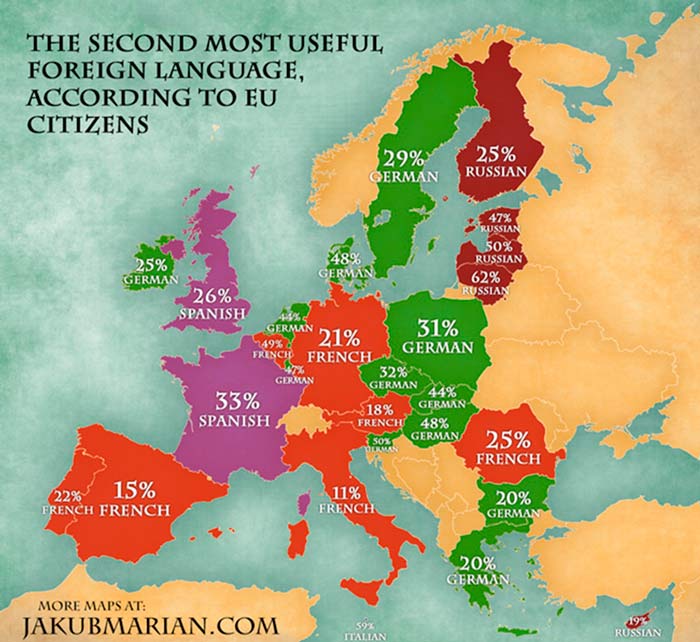 In the past, trends regarding the usefulness of languages were mostly set by geographical proximity, that is, important neighbor countries determined what other languages were going to be spoken in the region.

But independently of geographical considerations, these would be the languages that all globally minded people should learn today: 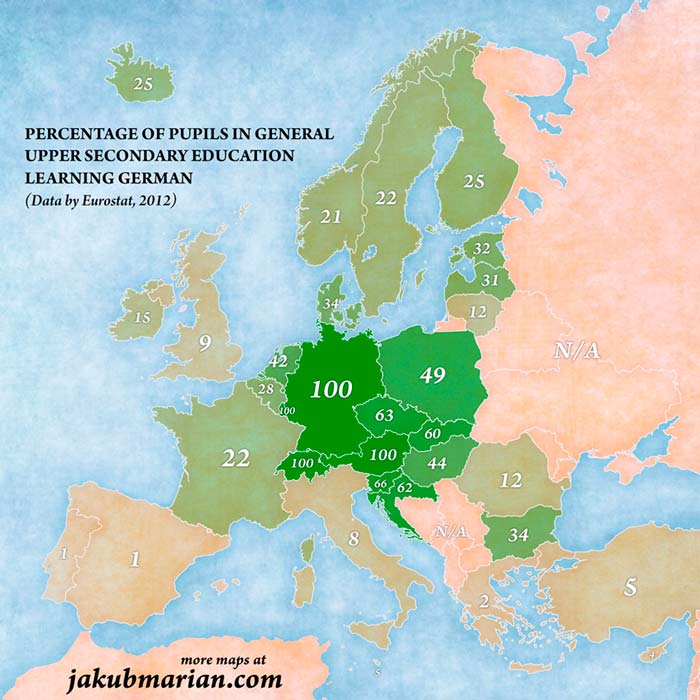 As a reference, in Austria 97% of the population speaks German, 73% English, 11% French, 9% Italian, 4% Spanish, 2% Russian and 1% Polish. In addition, there are minority groups that speak Hungarian, Croatian, Serbian and Turkish.

My advice to Austrians that are contemplating to learn a new language:

Which languages do you think can further your career?